Now that you’ve opened all of your gifts this season, you may realize that your house already had too much stuff. But some of us realize the same thing every year. Why do we keep shopping? Arthur C. Brooks lends some insight with the help of a New Delhi Hindu swami named Gnanmunidas. Their conclusion? Let go.

Here is a homemade radiant space heater that uses terra cotta flower pots and candles. It not only costs less to run than an electric space heater, but it is noiseless compared to a heater with a fan. It’s great in small rooms or if you’re going to be sitting near it for a few hours. This heater works best in households without two-year-olds and cats.

Visit DesertSun02’s YouTube channel for even more heaters and improvements to this one.

Thanks, Catherine Winter-Hebert and Inhabitat.

As you think about your New Years resolutions, remember to think about how to set goals effectively. Setting real goals will help you choose resolutions that you have a chance at succeeding at.

There are 3 principles to keep in mind when setting goals. I’ll explain them using Katie Femia’s resolution ideas on Premeditated Leftovers for examples.

You don’t have to set an impressive goal for New Years. Just pick something you’re not doing and start doing it. For instance, Katie’s Ideas 1, 13, 23 and 45 are easy habits to get into once you make a decision and remind yourself every day. Also notice that the list doesn’t contain anything about losing weight. That’s because losing weight isn’t something you do! What you do is you exercise. You eat less junk. You cook more. Then the weight kind of loses itself based on what you do and how your body works. Set goals that you can actually do.

In order to make resolutions doable, you have to define exactly how much of that goal you will perform and when. For instance, the goal “Drink 8 glasses of water daily,” includes how much water, how often, and is going to work better than, “Drink more water.”

There are so many, you’ll find something you want to do.

You have to set a goal you want to set. Don’t set a goal you think you’re supposed to set because bloggers appear so great at doing them. The list has 50 goal ideas so that something might suit you, or inspire you to think of your own. If you try one resolution and fail, pick something you want more.

What’s best about these resolutions is that you can set them all year, whenever you’re ready. So now that you have three ways to judge which goal ideas will work best for you, I hope some of Katie’s ideas will stand out for you.

If you’re still partying, you’re a trooper. Jillee has plenty of colorful, shiny and interactive New Years Eve DIY projects for you to try. Visit her even if you’re not hosting a party. Her blog will make you feel like you’re in one.

Unfortunately your home may be using more energy than you expect. The number one goal of manufacturers is to sell you products and increase profits, and that means energy efficiency isn’t always tops on the list. Right now most consumers are not throwing tantrums demanding lower energy consuming devices and machines in their homes. In this article, we are going to look at 5 things you may find in your home that are gobbling up lots and lots of energy. As it turns out, the odds are excellent that you are losing hundreds (if not thousands) to energy inefficiencies throughout your home every year. 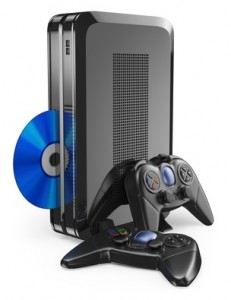 So what should you do? While it may seem odd, one of the easiest moves you can make to cut down on your energy bill is to unplug your video game console while in use. Newer units have made some progress as of late. This is due in no small part to a tremendous amount of bad press. But there is still a very long way to go.

Energy Thief Number Two-Old Insulation
Without the right insulation in place, your heating and cooling system uses a great deal more energy than you might realize! Few people think about insulation and with good reason. Insulation is usually out of sight, and that means it is out of mind. But this comes at a price. 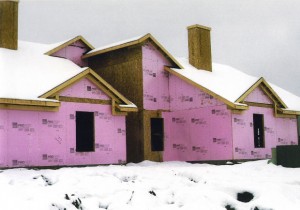 Old insulation or major gaps in insulation coverage means that your home can costs far more to heat and cool than it should. Investing money in new insulation might sting a bit, but insulation is one of the very few investments that will begin paying for itself almost immediately. Also not all insulation is created equally. Most insulation is made from materials that should not be inside of homes, but there are also non-toxic alternatives, such as blue jean and wool insulation.

The best insulation on the market is actually cork insulation, as it is very lightweight, very resistant to insects and rodents, does not rot, will last for decades, is an exceptional sound absorber and contains no harmful compounds. The drawback is that it is still rather expensive. For now, most people will find that options such as blue jean insulation and wool insulation stand as the best option for many applications.

Much like insulation, most people don’t think much about their water heater. Usually the water heater sits in the corner of a basement and only gets attention when it either stops heating water or springs a very unpleasant leak. However, just like ignoring insulation is costing you, the same can be stated for an old or inefficient water heater. Heating water is extremely energy intensive, and this factor is even truer if you live in a cold climate. 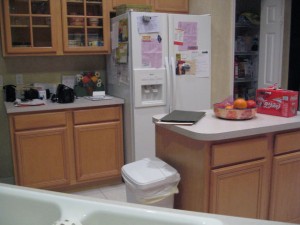 When it comes to stealing energy, the ubiquitous, but declining, cable box is something of a problem for your wallet. Unlike a video game console, cable boxes often don’t like being unplugged. That means that they can actually cause users problems if they are unplugged. Some cable boxes use so much energy that they are actually quite warm–almost hot to the touch. In short, these little guys are big when it comes to using energy.

Studies have found that cable boxes are often the second largest consumer of energy in most houses! Experts have stated that these devices could be far more efficient. Worst of all, you have virtually no way to control the amount of energy that these beasts use.

The solution, do what millions of people around the country and the world are doing, say goodbye to the cable box and all that comes with it. There are plenty of small streaming devices that use a tiny fraction of the energy of the big and inexplicably power hungry cable boxes. Besides you have better things to do than watch 24-hour “news” channels sending you “breaking news” on a woman in Topeka being reunited with her dog who had been missing for two days. Turn off the cable box and save both money and your sanity.

If you find an appliance with the EnergyStar rating, that means that the manufacturers considered energy savings when they built your machine.  When buying something new, always consider whether you can select EnergyStar products as they will save your pocketbook in the long run.

There are definitely other energy hogs lurking within your home, but eliminating these five is a great place to start. Don’t worry, with some time and focus, you can reduce your power consumption and save big!

A craft and science kit subscription like Green Kid Crafts will keep the ideas flowing when you’re not sure what else you can do to teach environmental consciousness and keep your kids away from the TV. Now, Keeper of the Home is hosting a giveaway for a 6-month subscription for Green Kid Crafts boxes.

The hectic holiday shopping is over. There are a few things to remember until New Year’s Eve. One is accounting for the money you spent. That includes keeping warranties and assessing what items need to be returned. Visit Ask Anna to learn how to organize gift receipts.

Because that’s a lot of paper.

Want to make a flying squirrel? What about a toy tool belt? Grab the list of 10 patterns at Premeditated Leftovers right now. Sewing can be fun all year round. Toy sewing projects are often more colorful, quick and exciting than garments. They can even be cheaper, letting you flex on your choice of material.

By now you know you don’t have to overspend for every holiday. But if shopping is what you’re used to doing, you may not know how to replace your old habits with new ones. Head over to Money Saving Mom for a list of 7 ideas for frugal traditions to incorporate in years to come.