The idea that solar energy is out of reach is simply no longer true. Around the world, experts are discussing the rise of solar and, in fact, some of the world’s leading experts are buying stock in solar companies and divesting altogether their oil interests. There is a big change getting ready to happen. It has become clear that solar is now unstoppable and that the wide scale adoption of solar is now just around the corner.

The price of “going solar” has dropped tremendously, but switching to solar to power one’s entire home is still a significant undertaking. In the next few years, this will, of course, change. But this doesn’t mean that you can’t find inexpensive ways to incorporate solar into your life and in the process save a little money.

So while your waiting for the solar revolution to start putting money back into your pocket on the large scale, why not opt for some energy saving gadgets in the here and now? In this article we’ll explore some of the best inexpensive solar energy options. As you will see, solar energy is no longer a pipe dream but is actually becoming more and more of a reality. 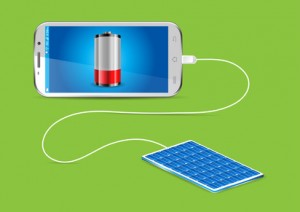 Portable solar chargers have come a long way in recent years. Today these chargers are able to power a wide array of gadgets. Plus, they are lightweight and deliver surprisingly good performance.

Of course, you might feel as though you want to “super size” your portable solar charger. If this sounds appealing to you, then you’ll want to consider the Goal Zero Yeti 150 and Yeti 400 solar generators. These impressive solar generators can give you a much needed energy boost when you need it the most. Also their small size and weight makes them a good fit for emergency situations. A 1250-watt Goal Zero Yeti kit can provide as much as 22 hours when plugged into 2 full sized solar panels

The Solar Converter Back Pack 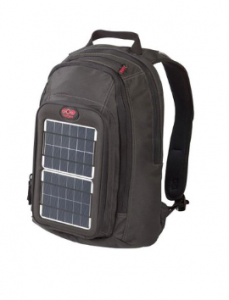 The solar converter backpack is an idea whose time has come. With one of these handy backpacks, you never have to worry about having dead gadgets when on the town or in the great outdoors. Let’s face it, we’ve become a gadget and tech focused society. That means that most of us can’t bear to be separated from our gadgets. Running out of a power is always a fear, but with a solar powered backpack, you never have to worry about running out of power for your gadgets wherever you may be.

Another major plus is that during a prolonged power outage you can still connect to the outside world. Simply plug your laptop, tablet or smartphone into this handy little device and you are ready to go! 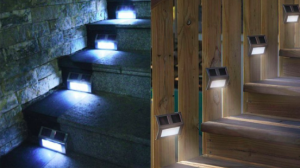 The most surprising thing about solar powered outdoor lights is that they are not more popular. Like all things solar, solar powered outdoor lights have improved a great deal in just the last few years, and the number of choices out there is now greater than ever before. One interesting option comes in the form of a solar-powered LED step lights. The solar powered stair light from DBPOWER turns on automatically during the night and is an easy way to help you cut down on your electricity bill.

The Solar Powered Flashlight is a Must Have Gadget

Solar Panels for Your Roof

Yes, you can “do solar” on the cheap, and that even includes solar panels. It is possible to receive a percentage of your energy requirements through solar and do so without breaking the bank. Solar panels are cheaper than ever before. Solar panel kits can be purchased for only a few hundred dollars, but expect those prices to go down perhaps dramatically in the coming years.

Is Your Roof Ready for Solar? 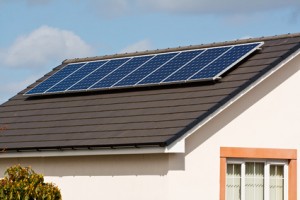 When it comes to preparing for the coming solar revolution, there is one area that must not be overlooked- your roof. While solar panels are coming down in weight, your roof still must be sturdy enough and in good enough shape to handle the extra weight. There are many potential issues in this regard, for example, if your current roof has many layers of roofing material on it, then you may have a problem.

One of the big surprises that many people face in the next few years when they try to adopt solar is that choosing solar might come with a big roofing bill. However, a dramatic drop in energy costs will seem well worth it, especially in the long run.

The Solar Revolution is Upon Us

Ultimately, solar has come a very long way and done so in a relatively short time. There are many ways to incorporate solar into your life. In the coming years, solar will play a more and more important role in the overall energy picture. The site of solar energy panels on garages and rooftops will become an increasingly common sight.